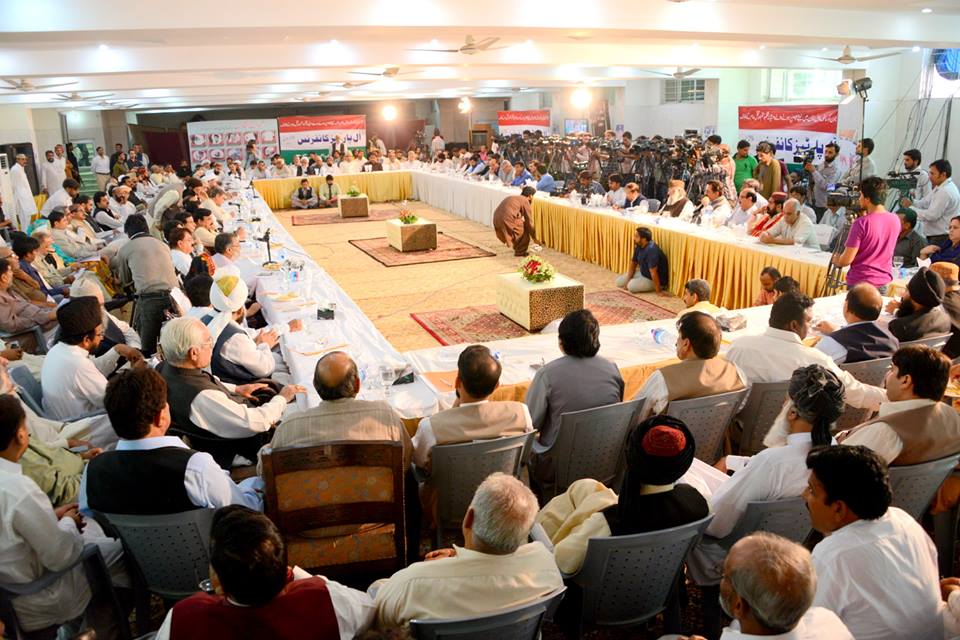 The following is the text of joint declaration adopted by All Parties Conference that was held here at the central secretariat of Pakistan Awmai Thereek on June 29 to discuss state terrorism and savagery in Model Town on June 17. 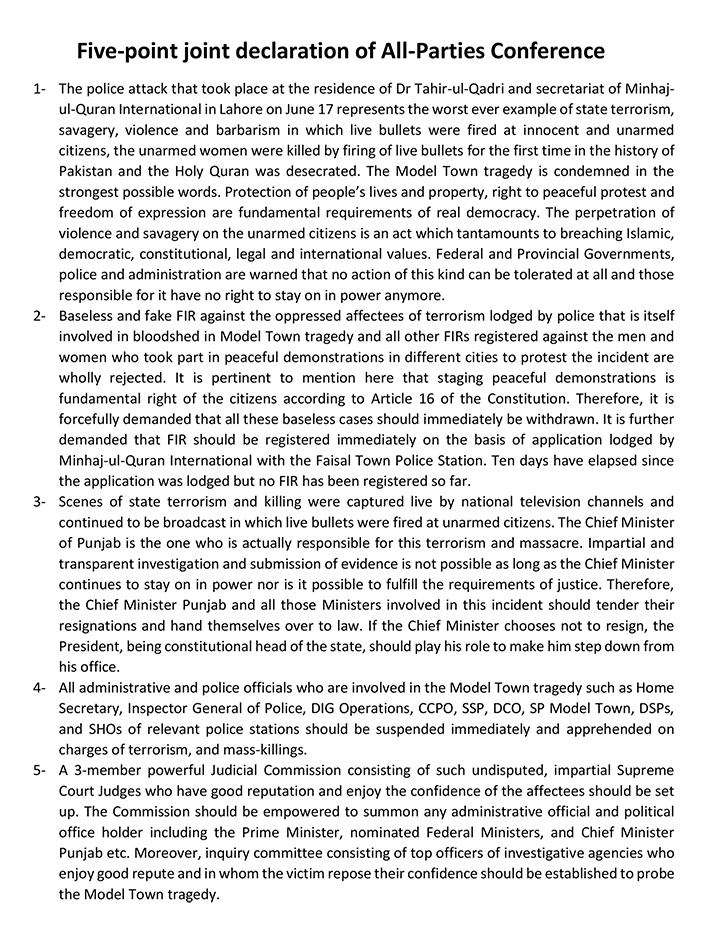 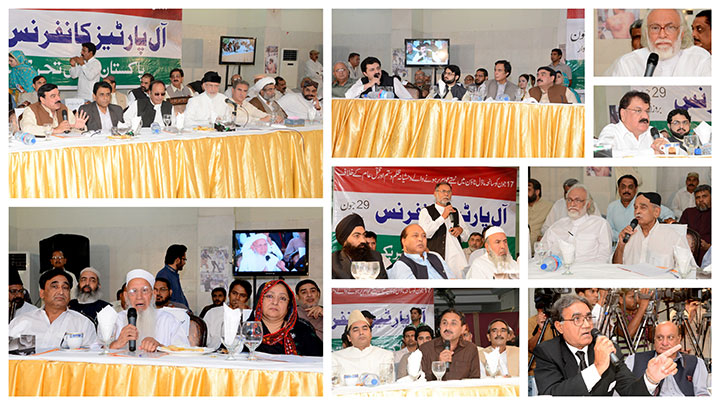 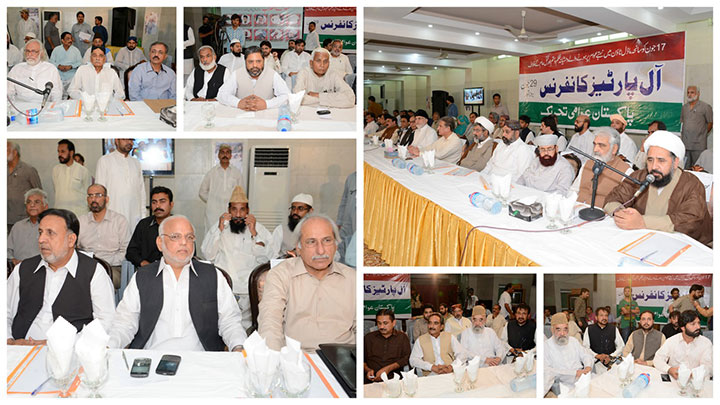 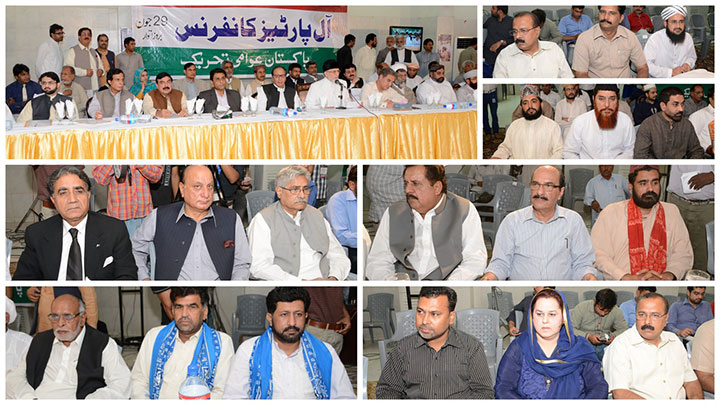 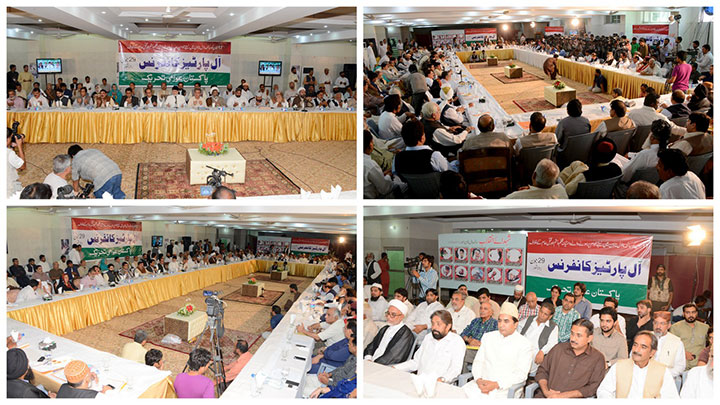 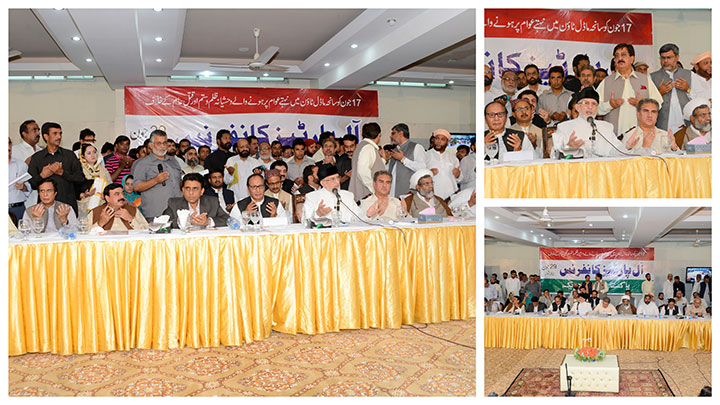