Model Town case should be transferred to other judge: PAT lawyers file petition

Model Town case should be transferred to other judge: PAT lawyers file petition

Rai Bashir Advocate said that we deplore the violation of rules and laws in such a stark manner in this very sensitive and important case of national history. He said that depriving heirs of martyrs of justice is not only violation of the country’s laws but also akin to an invitation to God’s wrath.

Meanwhile, 42 PAT workers, who are under trial on the government’s FIR, have expressed their no confidence in the judge of anti-terrorism court Khawaja Zafar Iqbal, adding that the judge has a biased attitude, which is part of a carefully scripted plan. They prayed for the trial of the case by another court.

Talking to media outside the anti-terrorism court, PAT lawyers said that we have submitted an application in the court of law that separate trial of the accused nominated in the same case cannot be held separately nor can separate indictment be made. 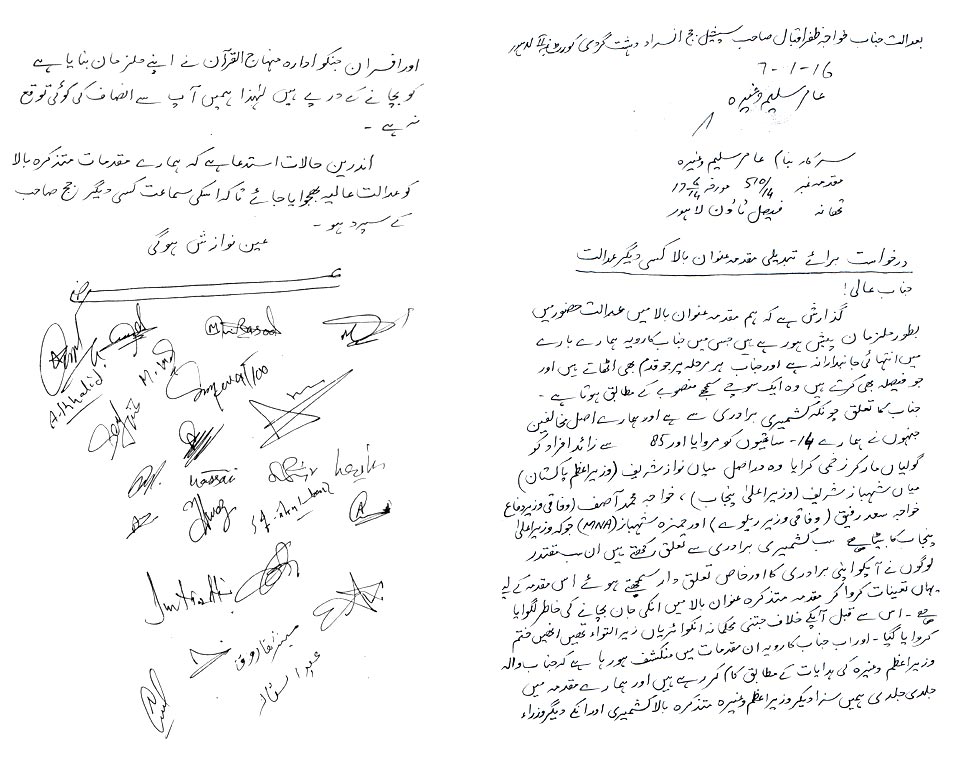