Right to Fair Trial under Article 10-A being violated with abandon: PAT

Right to Fair Trial under Article 10-A being violated with abandon: PAT 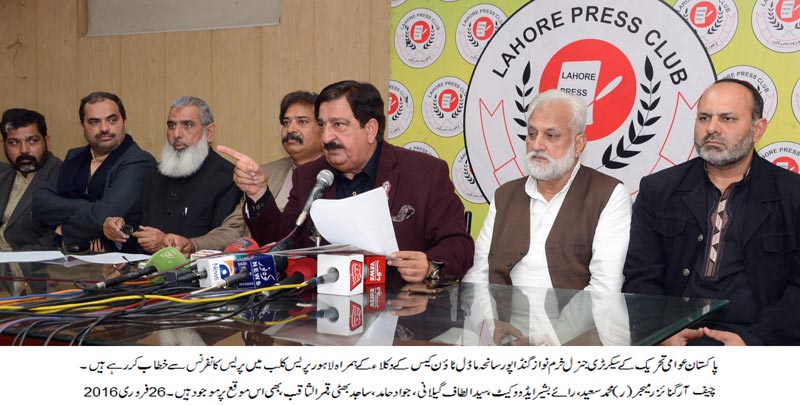 Addressing a hurriedly called press conference at the Lahore Press Club, central PAT leaders along with the team of lawyers engaged in fighting Model Town case have said that the Punjab Government is murdering justice by not holding fair trial under Article 10-A of the Constitution after formation of the highly questionable JIT. They said that there is no difference in the behaviour of the police, JIT and the anti-terrorism court. They said that apprehension expressed by Dr Tahir-ul-Qadri regarding non-provision of justice in the presence of current rulers is coming true word for word.

The PAT leaders namely Khurram Nawaz Gandapur, Major (r ) Muhammad Saeed, Rai Bashir Ahmad Advocate, Mirza Naveed Baig Advocate, Naeem-ud-Din Chaudhry Advocate, and central Secretary Information Noorullah Saddiqi addressed the press conference together. They said that we have 15 constitutional points regarding non-fulfilment of right to fair trial. They said that we appeal to the lawyers’ community and national and international human rights organizations to play their role for redressal of our grievances.

Khurram Nawaz Gandapur and Muhammad Saeed said that we are not likely to get justice as long as the present rulers are in power. They said that it is in our knowledge that decisions have already been made and trial is just an eye-wash. They, however, added in categorical terms that the blood of martyrs of Model Town will not go in vain nor will we allow anyone to murder justice. Appealing to the Army Chief, they said that it was on his orders that FIR was registered, requesting that he should now play his role for provision of justice and compliance of the process with fair trial.

The PAT leaders said that the patience of the PAT and MQI workers should not be tested anymore. They said that when these workers take to streets, the rulers flee from the capital. They said that our workers are intensely anxious due to non-provision of justice in the Model Town case. 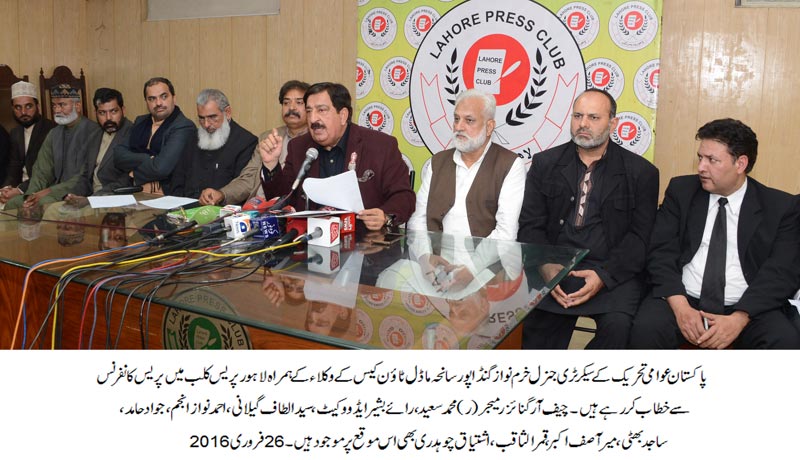