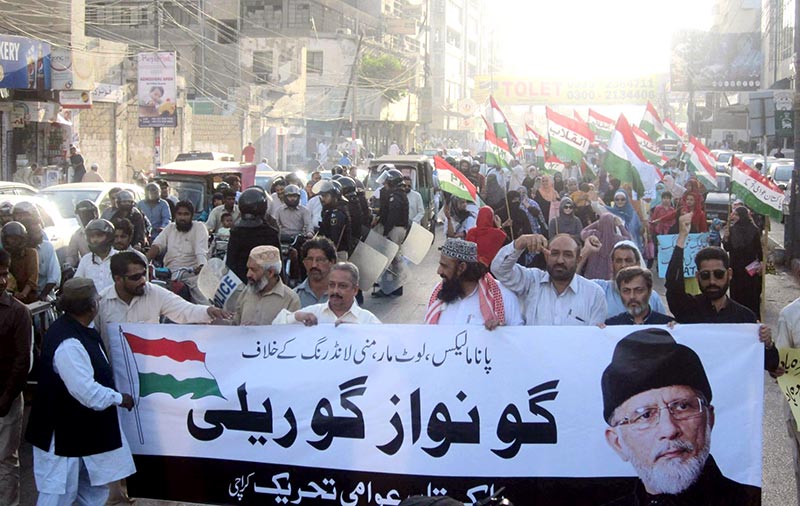 PAT Karachi took out a rally to protest the corruption, money laundering and tax evasion of the ruling family and non-provision of justice in case of the Model Town tragedy in the wake of the Panama leaks on April 8. The rally started from the Jang Press and concluded at the Sindh Assembly. The participants of the rally chanted ‘Go Nawaz Go’ slogans and ‘No to fake commission’. They also raised slogans to protest the non-provision of justice in the Model Town case and demanded the release of the judicial commission report. The women were carrying placards bearing pics of the Model Town martyrs. In addition to Qaiser Iqbal Qadri, Syed Ali Oast, Mirza Junaid Ali, Adnan Rauf Inqilabi, Mushtaq Siddiqui, Naeem Ansari, Ateeq Ahmad Chishti, Rao Tayyab, Fozia Junaid, Allama Gulam Ghous Chishti, Qari Abdur Razzaq, a large number of people including women and children participated in the rally. The Sindh police made fool-proof security arrangements on the occasion. The participants of the rally got their protest recorded at the gate of the Sindh Assembly. The print and electronic media gave good coverage to the rally.

PAT Karachi President Syed Ali Ost said that the Panama leaks have unmasked the faces of the Sharif family. He asked, how can an accused appoint a judge of his choice to hold an inquiry? He said that we can stage a sit-in again for restoration of people’s rights and eliminate corruption. He said that we cannot see Pakistan being looted as patriotic Pakistani. He said that the facts and figures narrated by Dr Tahir-ul-Qadri regarding volume of corruption during the sit-in are proving to be correct. He said that extent of protest will be extended to the rest of the country to protest corruption. 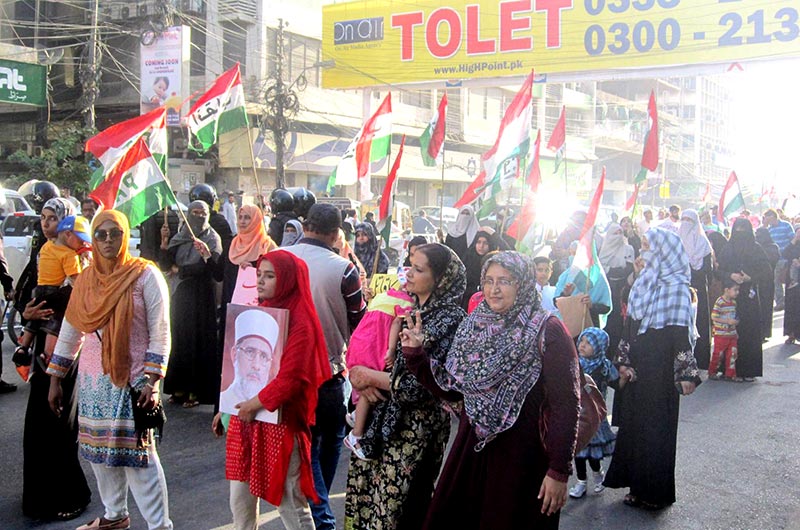 PAT Karachi Secretary General Rao Kamran Mahmood said that the arguments offered by the ruling family and their ministers have failed to cut ice with the people. He demanded of the rulers to tender their resignation and become part of the investigation process. He further said that they should bring back their looted money and return to the nation. He said that Pakistani nation needs a clean and capable leadership like that of Dr Tahir-ul-Qadri. He said that the actions of the ruling family have brought the country into disrepute at the international level. He said that the nation thought that the PM would tender his resignation in his nationwide address but he remained stubborn when he tried to defend the indefensible.

Qazi Zahid Hussain, Amir of MQI Karachi, asked the PM to take a leaf from the book of the Prime Minister of Iceland. He said that the nation awaits the resignation of the PM. He said that corrupt leadership cannot resolve the problems of the masses. He said that stories of the oppression start from the Model Town and go up to the Panama. He said that there is a visible change in the thinking of the people. He said had the commissions been effective instrument of unearthing truths, the report of the Justice Baqar Najfi commission would have been released by now. 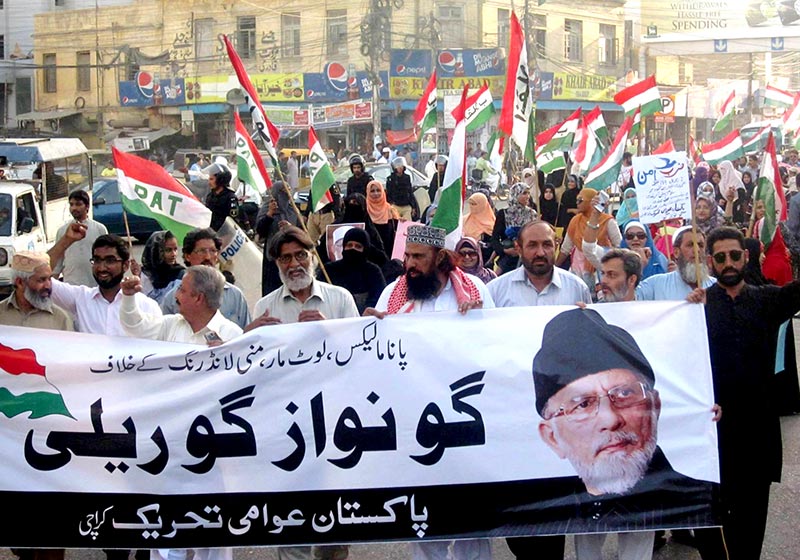