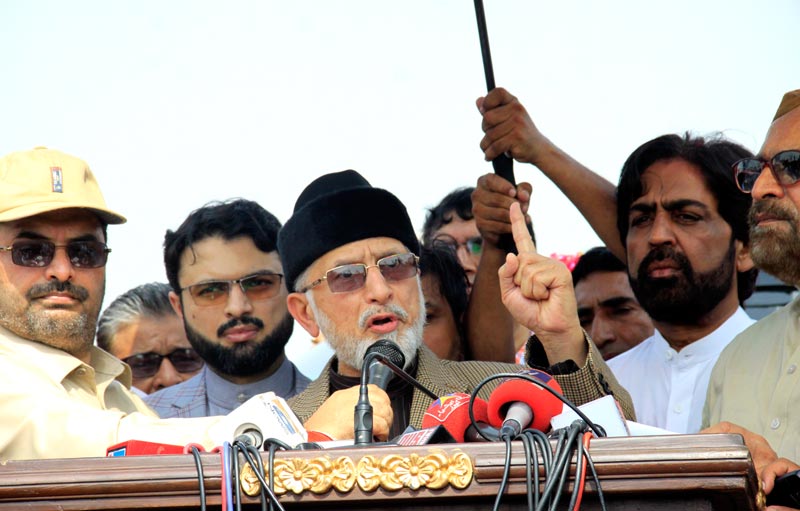 PAT Chairman Dr Muhammad Tahir-ul-Qadri has said that the rulers will die with their own hands and he can see their souls leaving them. He said that he would make a special announcement during the sit-in of June 17, adding that the Sharif brothers and their cronies are responsible for the Model Town tragedy, who were instrumental in getting 14 people killed besides injuring more than 100 people. He said that this mass-killing was one-sided. He said that if the perpetrators of this massacre that took place in the broad daylight are not to be punished, then Parliament should enact a law ordaining that a government can kill anyone at will and those dying will have no right to justice. He said that we have got no enmity with police and the force indulged in shedding the blood of innocent people at the behest of the rulers.

The PAT Chairman said that a sea of people would come to attend the protest on the Mall on June 17. He said that he would announce the next course of action during his speech to the protesters. He said that the sit-in of June 17 is for sake of justice for the Model Town victims. He said that we have been going from pillar to post but we have not been provided justice. He said that when we went for justice, 42 of our workers who got injured in clash with police and are key eye-witnesses were booked by police in the fake cases.

Dr Qadri said that the Punjab government set up two JITs, one judicial commission and one review committee but we were not provided with any inquiry report. He said that we have not been given report because these inquiries clearly state that the police unilaterally killed innocent people without provocation in Model Town. He said that we had hired the services of the private security company but we did not allow the guards to fire in self-defence. Otherwise, the police officials would have died in dozens.

He said that we are peaceful people and only kept picking up the dead bodies of our workers. He said that even now we are waging a peaceful struggle for justice. In reply to a question, he said that he is not a cricketer and has no knowledge about the lifting of the Umpire’s finger. He said that the nature of his relations with Imran Khan remains the same. He said that all political parties have assured us of their participation in the sit-in.

Meanwhile, Dr Tahir-ul-Qadri reached Allama Iqbal International Airport at 8.30 am on the morning of June 15 where the PAT workers accorded him a warm welcome. The reception party was led by Dr Hassan Mohi-ud-Din Qadri, Khurram Nawaz Gandapur and Khawaja Amir Fareed Koreja. Tons of rose petals were showered on him, pigeons were freed and the workers danced to the tune of drums. A large number of women led by MWL President Ms. Farah Naz reached the Lahore Airport at 6.00 am to receive their leader. The representative of students, youths and religious scholars also welcomed Dr Tahir-ul-Qadri. 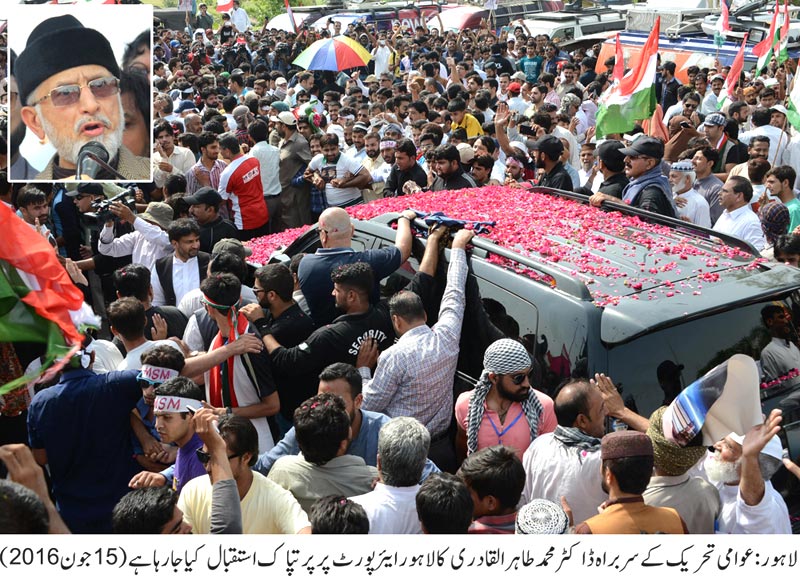 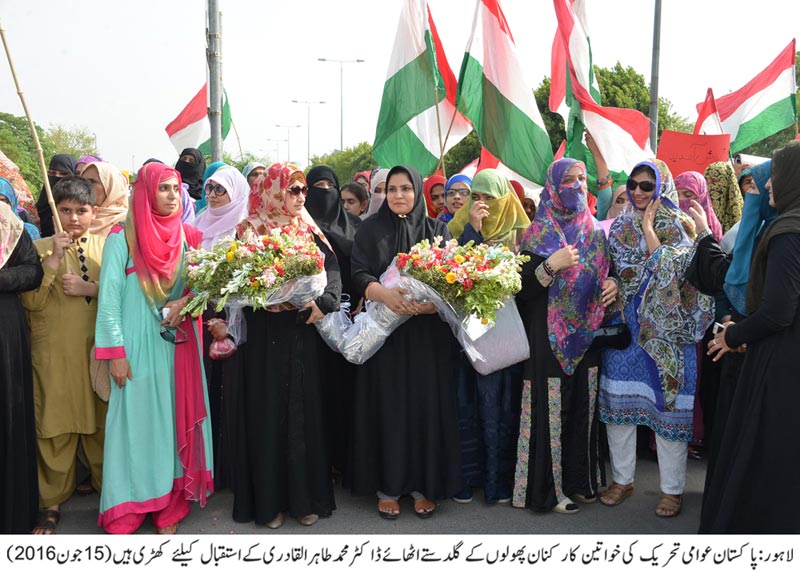