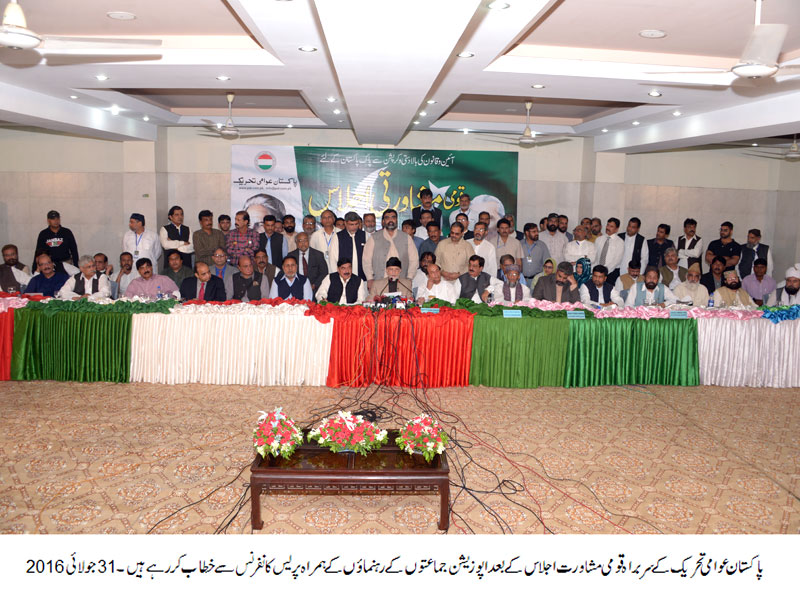 Pakistan Awami Tehreek (PAT) led by Dr Tahir-ul-Qadri announced to launch an anti-government protest against Model Town massacre and the corruption of the incumbent government from August 6. A few-hour long sit-in would be staged in the campaign, he said.

“This is the beginning of a movement. It will reach its climax with the thorough obliteration of the rulers,” the PAT chairman Dr Tahir-ul-Qadri said while talking to the media here on Sunday. Also, he said that he has support of 25 political parties. He said this decision has been taken after the consultative conference with the opposition parties. He said all the parties present endorsed this decision. The consultative conference was hosted by Dr Tahir-ul-Qadri and Pakistan Awami Tehreek at their Model Town secretariat. Dr Tahir-ul-Qadri said in the multi-party moot that the Qisas will not be forgiven and forgotten under any circumstance. The PAT would get ‘an eye for an eye’ justice for its activists killed in the Model Town incident more than two years ago.

Answering a question regarding progress in the Model Town case, the PAT chief asserted it does not take even a week to dispense justice, adding the justice in the June 17, 2014, massacre will open up the shuttered-down vistas of justice.

Referring to the Sharif Brothers, Dr Qadri was of the view that the country’s solidarity will be risked if these rulers continue to pace up and down the corridors of power, adding, “Each section of society is on strike in Pakistan under the present dispensation.” No one’s life and property is secure in Pakistan, he added.

At the conclusion of the conference, an eight-point joint declaration was also approved. The declaration included seeking Qisas in the Model Town killing incident and also included seeking the prosecution of the prime minister and the inclusion of the names of his family members in the Panama Leaks. Its demand included an operation by the Pakistan army in Punjab against terrorists and extremists and their supporters and financiers. He also condemned the barbaric acts of India in Kashmir.

Dr Tahir-ul-Qadri said that in the first phase the protest movement will start on August 6 from Karachi, Lahore, Chiniot, Gujranwala, Faisalabad, Ghotki, Islamabad and on August 16 from Karachi, Lahore, DG Khan, Sialkot, Larkana, Sargodha, Rawalpindi, Faisalabad and on August 20 Hyderabad, Okara, Bahawalpur, Jhelum, Gujranwala, TT Singh, Chiniot and on August 27 Karachi, Lahore, Islamabad, Peshawar, Abbottabad, Bhakkar, Faisalabad, Gujrat and protest rallies and sit-ins will be held in all the cities on the given dates. He said the second and the third phases of the protest movement will be announced after consultation with the joint action committee. He thanked all the political parties for participating in the consultative conference.

All participants of the National Consultative Meeting held under the banner of PAT on July 31 issued the following communique with complete consensus:

It was decided in the consultative meeting that a Joint Action Committee is established for investigation into corruption, elimination of injustice and terrorism and for protection of fundamental rights of the people, which will work out the next line of action with consensus and suggest measures for collective struggle. 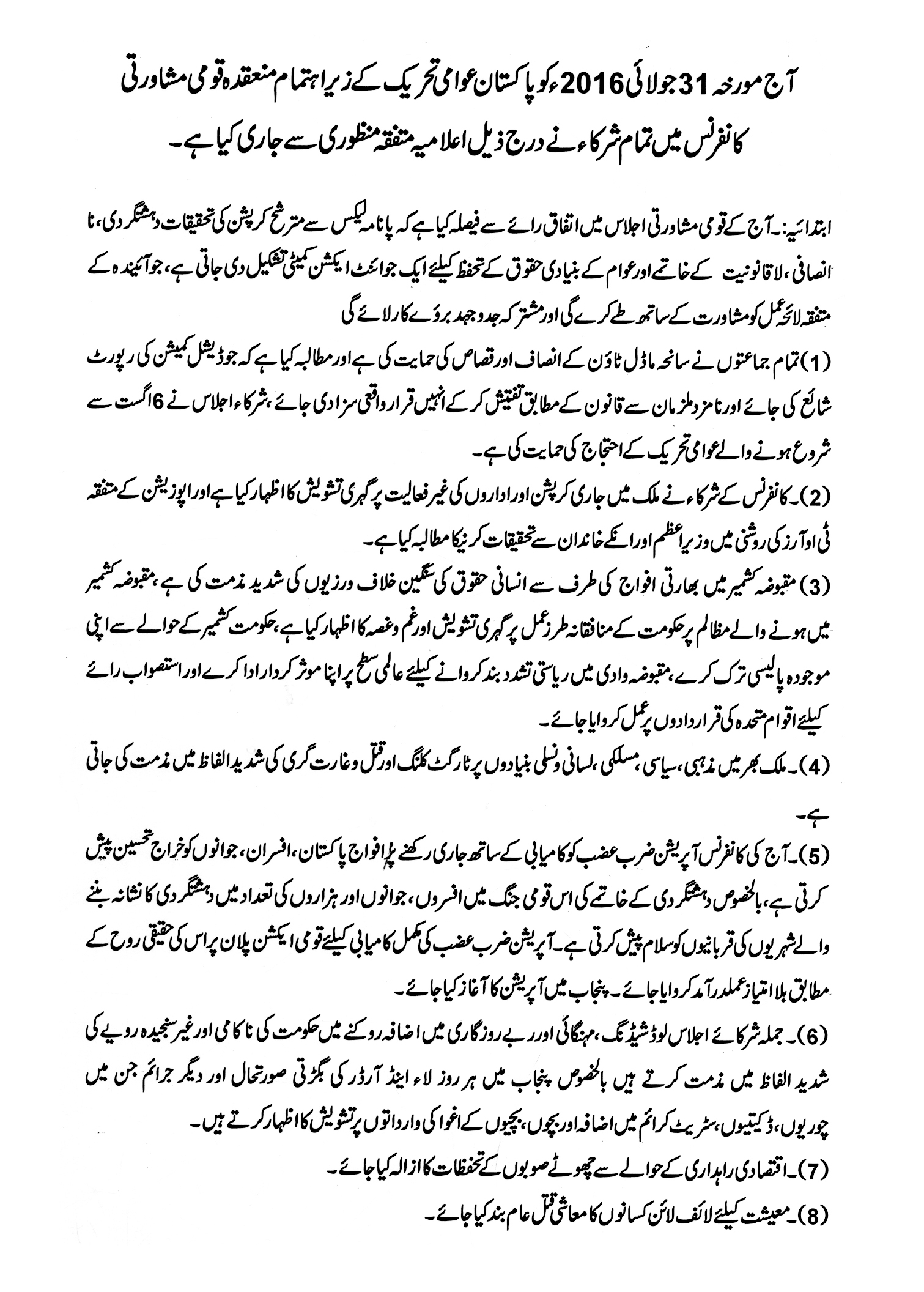 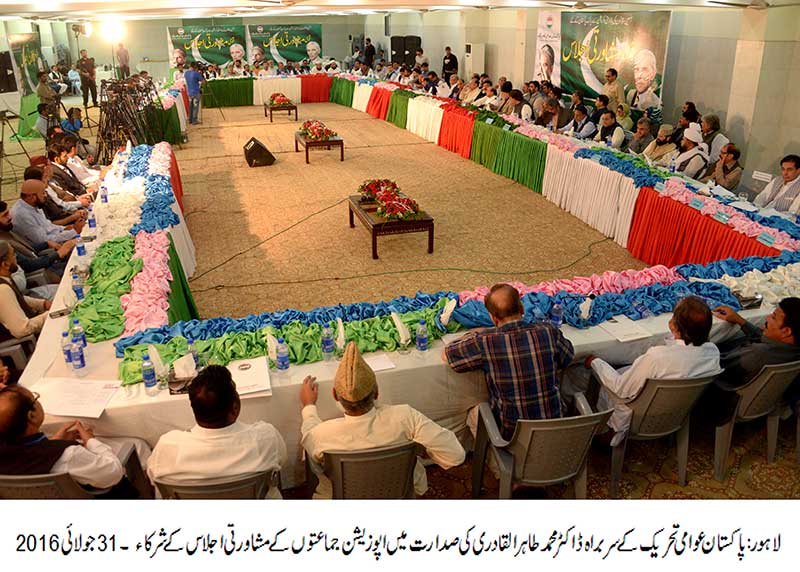