The delegation visited various departments and directorates of MQI. They appreciated the services and efforts of Dr Tahir-ul-Qadri for elimination of terrorism, militancy and radicalism and for promotion of peace, interfaith dialogue and harmony in the world. They particularly were all praise for the 600-page Fatwa against terrorism and suicide bombing authored by Dr Qadri and said that it is a great scholarly work of its kind. They said that Dr Tahir-ul-Qadri is our great asset.

Khurram Nawaz Gandapur briefed the delegation about services of Dr Tahir-ul-Qadri in different fields. He particularly threw light on his work against terrorism and extremism. He also introduced various welfare projects under Minhaj Welfare Foundation. He said that the whole world greatly values the struggle and efforts of Dr Tahir-ul-Qadri, adding that the lectures and written works of the MQI leader have played a key role in removing misconceptions about Islam and the Muslims. He said that MQI is busy in making the world a hub of peace and tranquility. He said that Dr Qadri has always spoken about rights of the Muslims as well as the non-Muslims.

The delegates prayed for spread of peace in the world. 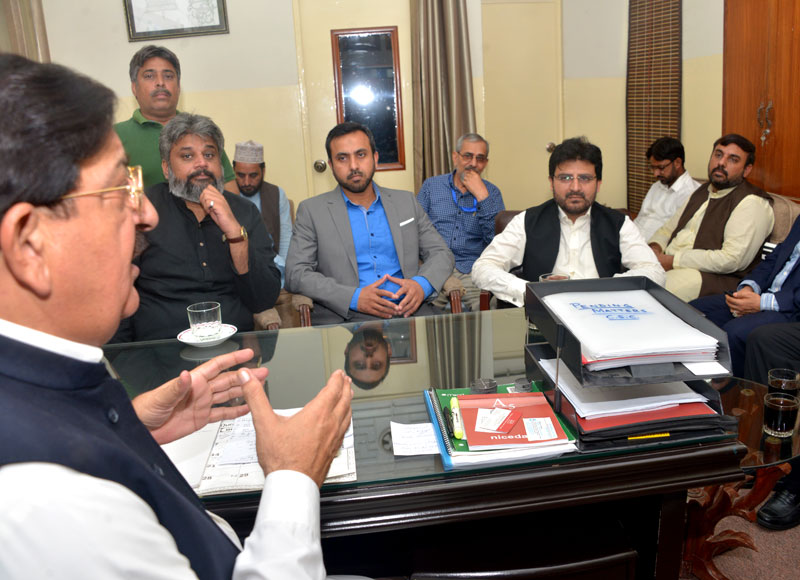