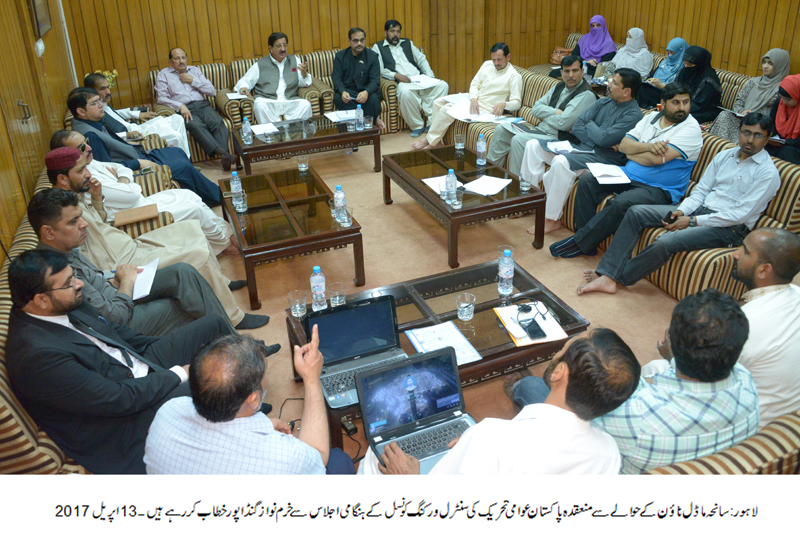 In media talk, Khurram Nawaz Gandapur said that those police officials who were found to be guilty in police’s own investigation for firing have now been released. The meeting approved a resolution on the occasion in which it asked the government to release the report of Justice Baqir Najfi. He said that the government is influencing the whole process from registration of FIR to investigation and trial. He said that the example of nexus between police and prosecution department can be found in the release of Gullu Butt from jail.

The spokesperson of PAT, while speaking on the occasion, said that we are aware of our responsibility and imperatives of getting justice in the Model Town case. He said that when our FIR was not registered and our right to fair investigation was not recognized, we had to stage public demonstrations and now we are fighting a legal battle in the form of private complaint so that no one is able to say that we did not knock on the doors of court for justice. He however added in the same breath that we will take to roads if we did not get justice. He said neither are these roads new to us nor will oppression and torture be able to stop our way.