Getting access to MT Commission report is legal right of the heirs of martyrs. #MTvictimFamiliesProtest pic.twitter.com/IdQCUSlkFU

The families of the martyrs of Model Town massacre staged a sit-in at the Istanbul chowk at The Mall, Lahore on August 16 with a sole demand for publication of Justice Baqir Najfi Commission report. All political parties took active part in the sit-in. The families and heirs of Model Town tragedy attended the sit-in whereas a large number of women were also there to show their solidarity and support with the families.

The central leadership of PAT and MQI also attended the sit-in and expressed their support and solidarity with the heirs of the martyrs. Those who joined the protest included Dr Hassan Mohi-ud-Din Qadri, Dr Hussain Mohi-ud-Din Qadri, Khurram Nawaz Gandapur and others. 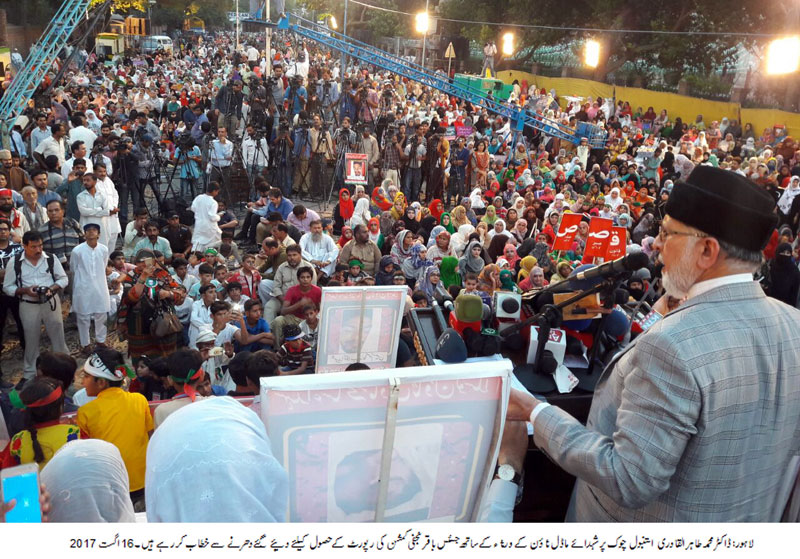 PAT leader Dr Muhammad Tahir-ul-Qadri delivered his speech to the participants of the sit-in. The following is the abridged version of the address:

The mothers, sisters, daughters of the martyrs of Model Town tragedy have gathered here today to make a plea for justice for their loved ones who were killed in cold blood. The political leaders belonging to different political parties and human rights activists have also come to express their support and solidarity with the oppressed people. The families of the martyrs continue to stand their ground with the power of conviction. They rejected the offers of millions of rupees made by the rulers. We want to assure the heirs of the martyrs that no power of the world can make them deviate from the path of justice. We can hold the Sharifs by the collar and get justice but will not renounce the path of patience, restraint and peace.

Heirs of martyrs, despite their poverty, proved their power of conviction by rejecting offers of millions of rupees made by the rulers.

If justice is not delivered, the movement of justice will not end. Sit-in and rallies will be extended to Multan and Faisalabad after Eid-ul-Adha. The thief has been caught but those who perpetrated the Model Town incident have yet to be nabbed and held accountable. The time is not far when the culprits will pay the price of their horrific and cruel actions. As long as both the brothers do not reach their logical end, the long night of darkness cannot end from the country.

I ask whether those who were killed in broad day light were not humans and citizens of Pakistan. The police of Nawaz Sharif attacked both the residence as well as the secretariat in the name of removing barriers. Was there any barrier at my gate where Tanzila Amjad was martyred? What barrier was there in the Gosh-a-Durood where Dervish continue to recite Durood round the clock? The rascals of the police barged into the offices of MQI secretariat and sprayed the bullets, asking where there barriers inside the building?

I ask the honorable judges of judiciary, lawyers and the people of Pakistan as to what was the crime of the innocent people who were massacred on June 17. Did they attack the Raiwind throne? Did they attack the Parliament House? Their only fault was that they wanted rule of law and their fundamental rights. They wanted education, health and employment to live a dignified life. They were demanding their rights peacefully in line with the established norms. 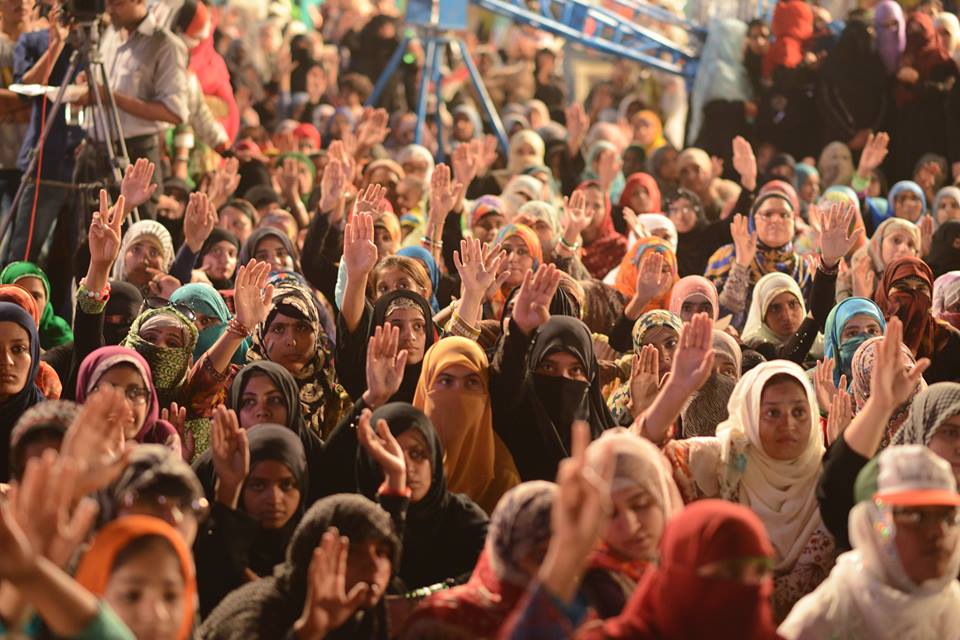 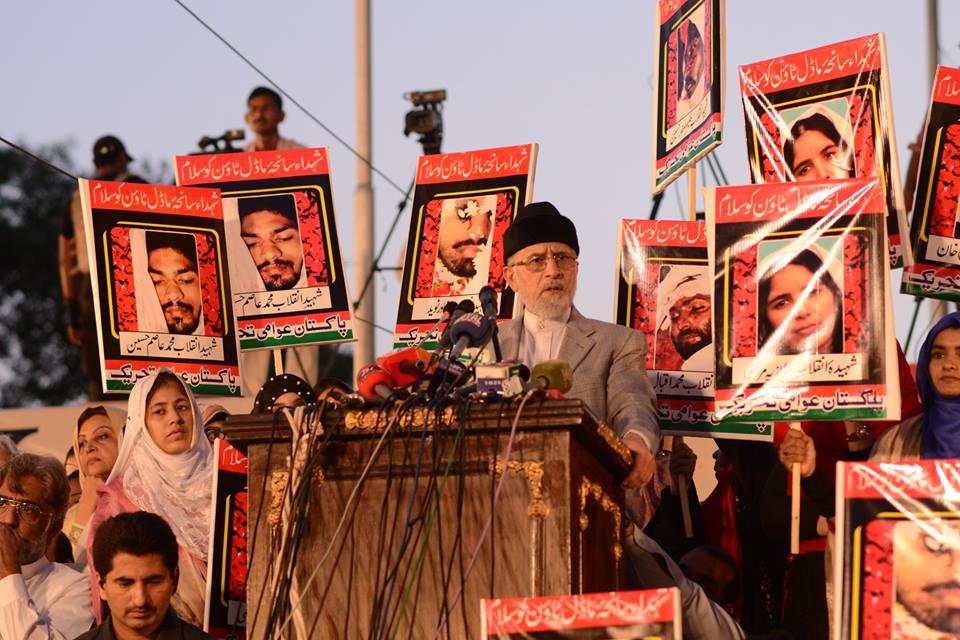 After the tragedy had been committed, Shahbaz Sharif constituted a judicial commission consisting of Justice Baqir Najfi and announced to step down if any finger was raised at him in the report. If the report given by the honorable judge is not against him, why does he not order its publication? Whatever is written in the report should be brought to the knowledge of the families of martyrs, for it is their constitutional right. Does an orphan child not have this much right to know as to who killed his parents?

It was Nawaz Sharif who founded the Changa Manga culture of politics. He laid the foundation of democracy premised on the sale and purchase of loyalties. Nawaz Sharif would buy an MPA for Rs. 3 to Rs. 12 lacs and whosoever managed to win over the support of 5 MPAs was inducted into the cabinet as the Minister. If what I am stating is not correct, Nawaz Sharif should contradict or reject it.

For 35 long years, Nawaz Sharif has been enjoying power. He remained under the tutelage of General Zia-ul-Haq for ten years. Who was the finance minister and non-party chief minister nominated by Zia-ul-Haq? Nawaz Sharif not only founded this culture but also promoted and fostered it. The former Prime Minister grew up in the lap of dictatorship and hatched conspiracies against democracy. When Benazir Bhutto Shaheed came into power in 1988, her government was sent packing within one year. Those who are talking about sanctity of vote should be ashamed of their conduct.

The disqualified former PM who was caught rend handed with his pants down in the Panama leaks case now wants to expunge the Articles 62 & 63 of the Constitution for which he is raising a slogan of revolution. Those who shoot 100 bullets and kill 14 of them are anti-revolution. With which face do they talk about revolution? Do not they feel ashamed while doing so? Their revolution is only limited to saving their own skin and their empire.

It is demand of the families of the martyrs that the Justice Baqir Najfi Commission report should be made public and a neutral bench should be constituted under the supervision of the Chief Justice of the Lahore High Court.

Families of martyrs are not alone. No power of the world can make deviate from demand of justice. #MTvictimFamiliesProtest 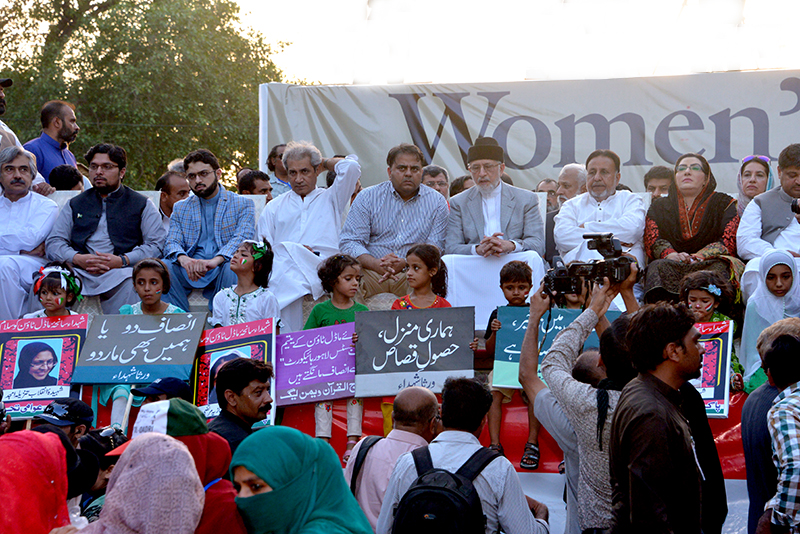 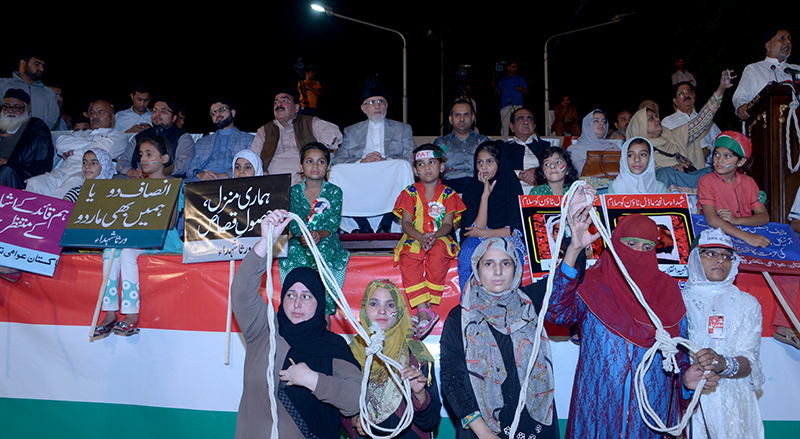 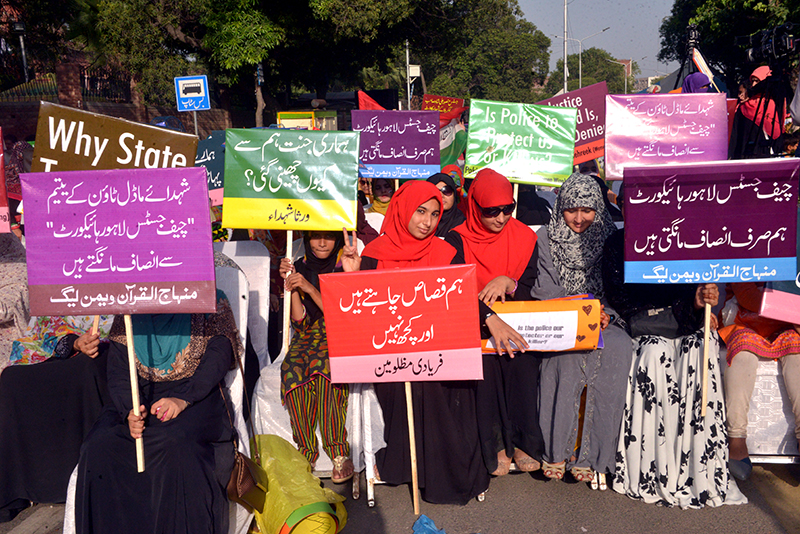 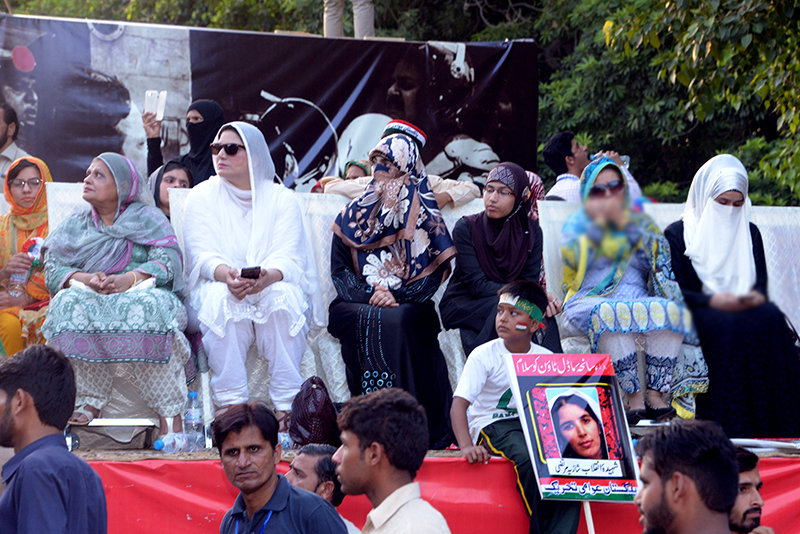 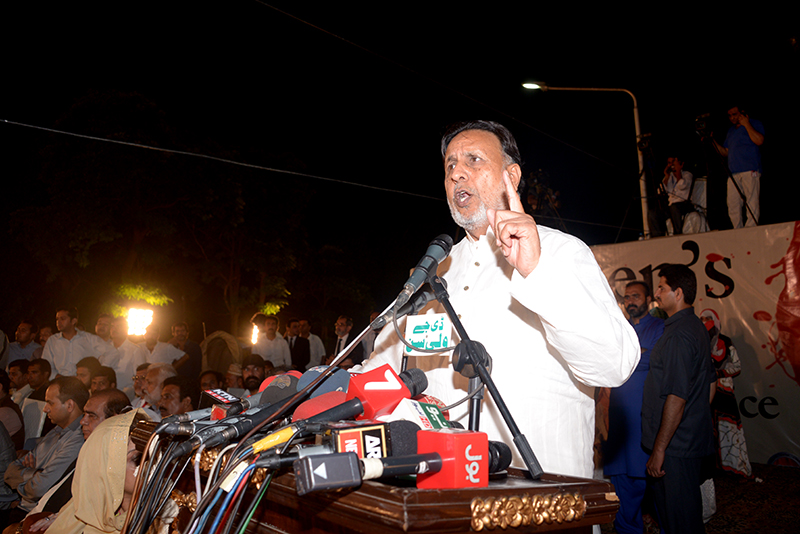 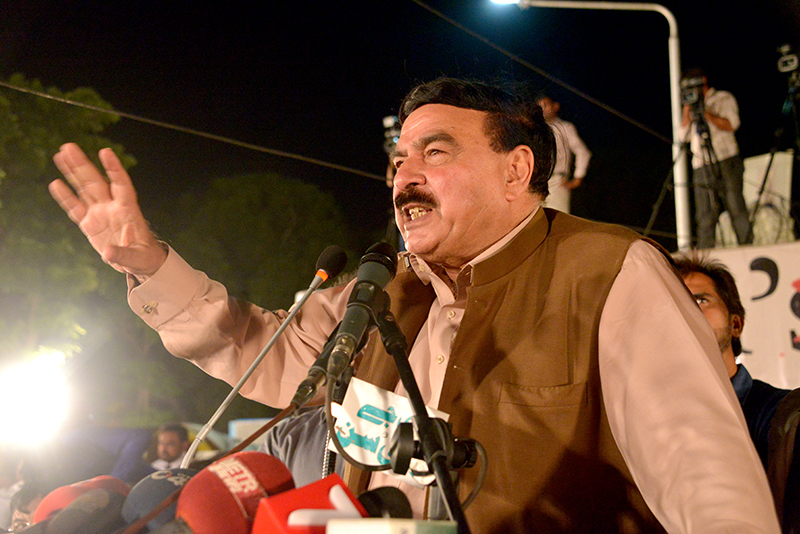 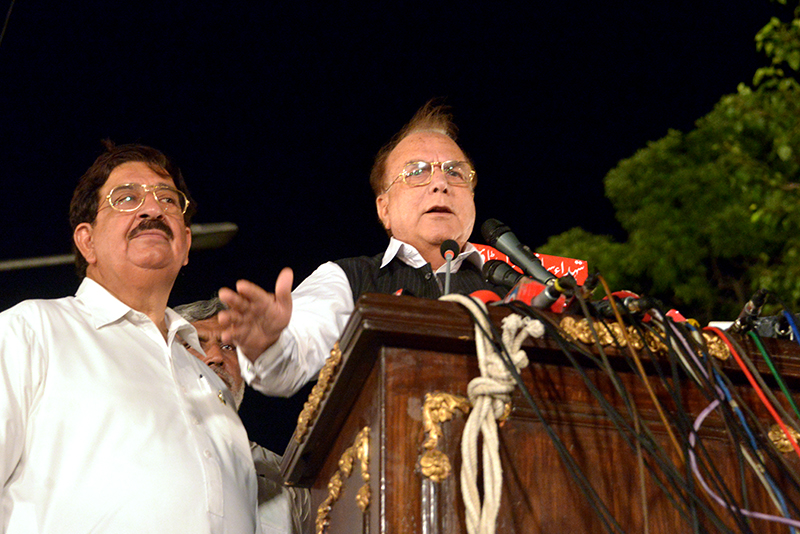 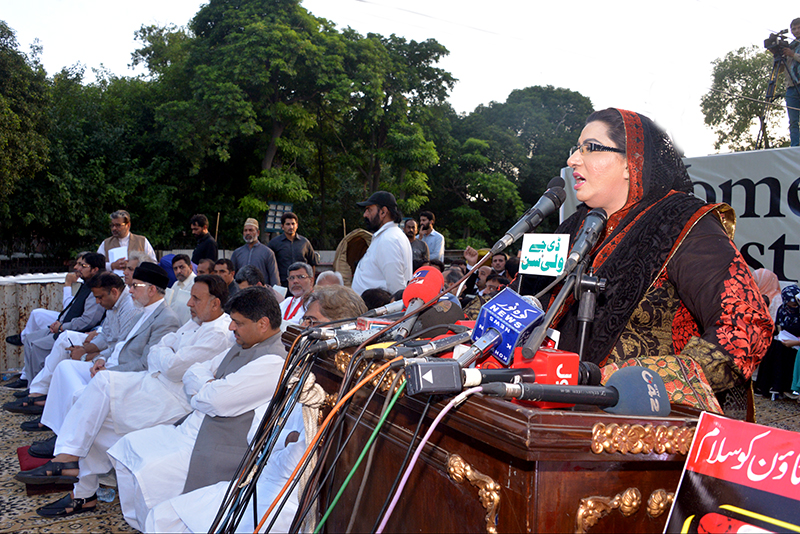 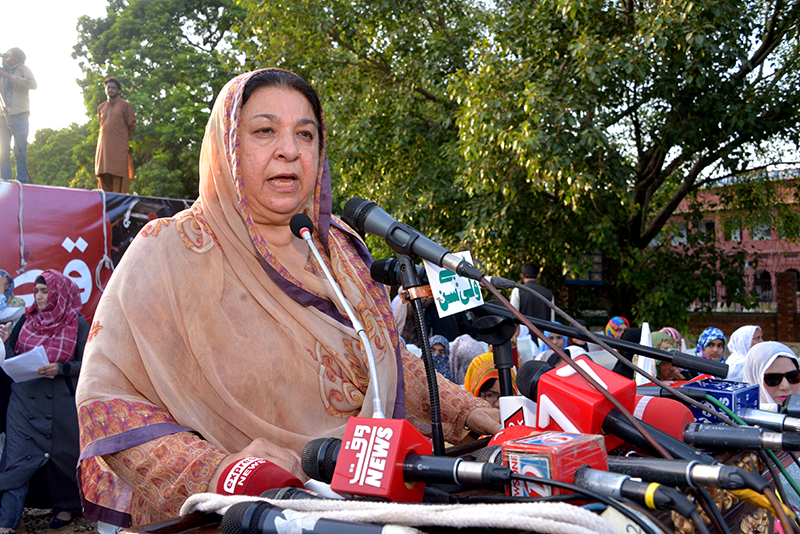 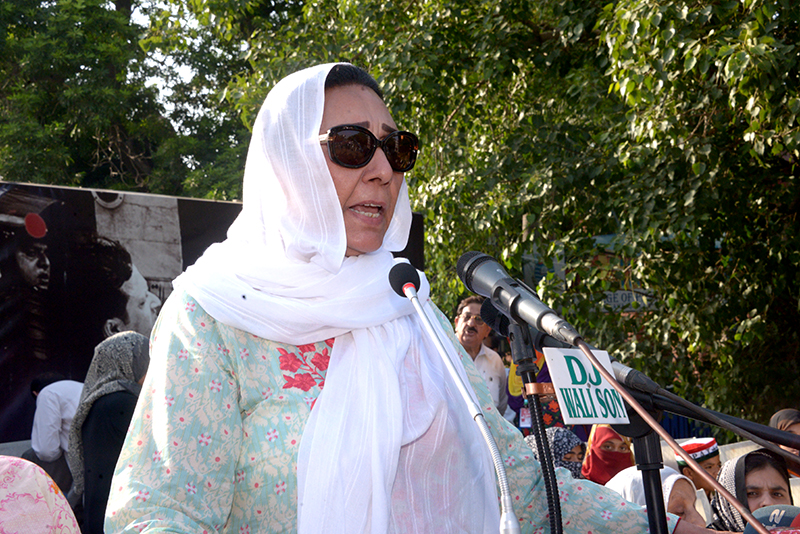 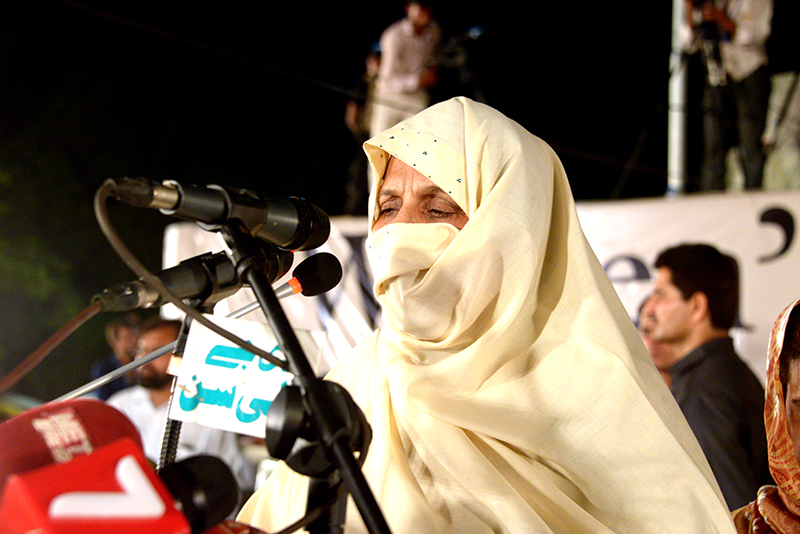 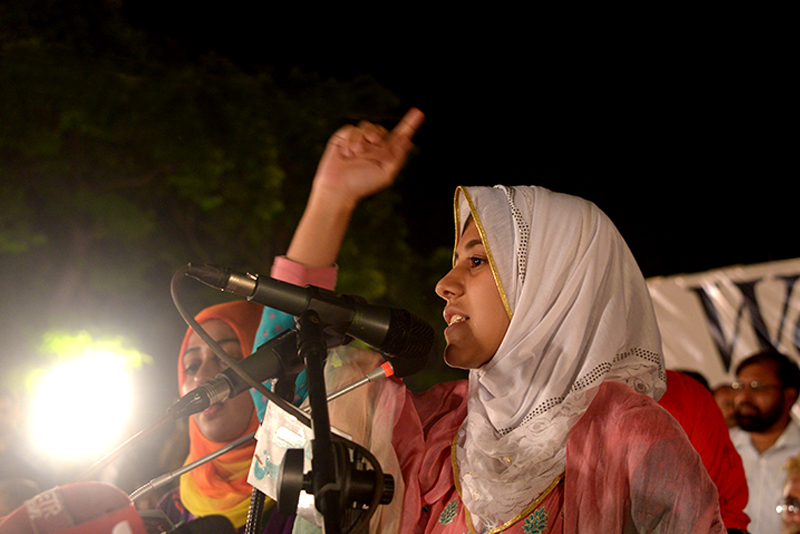 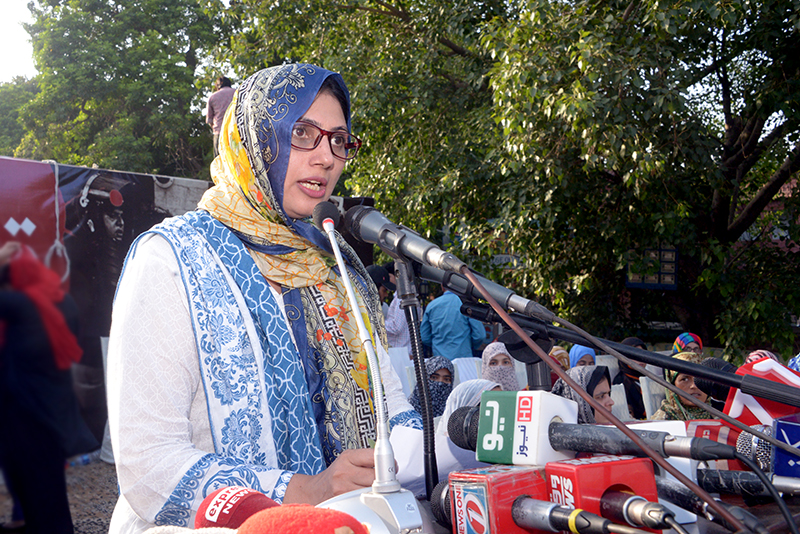 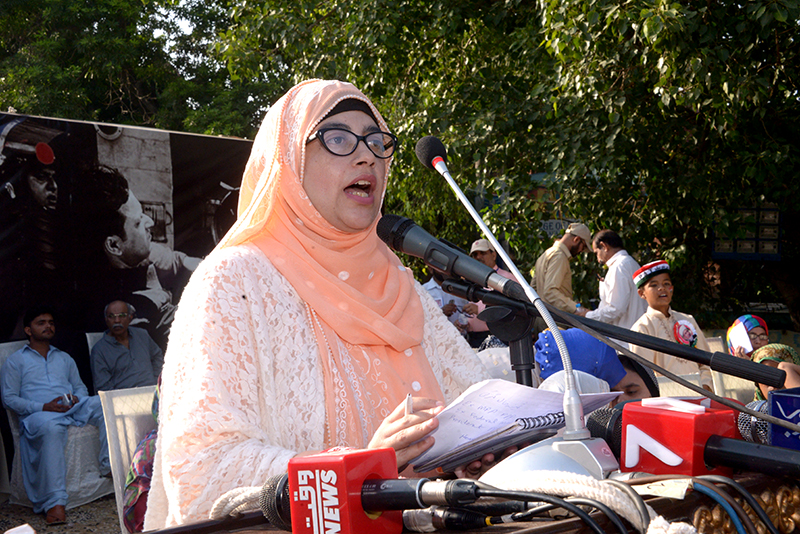 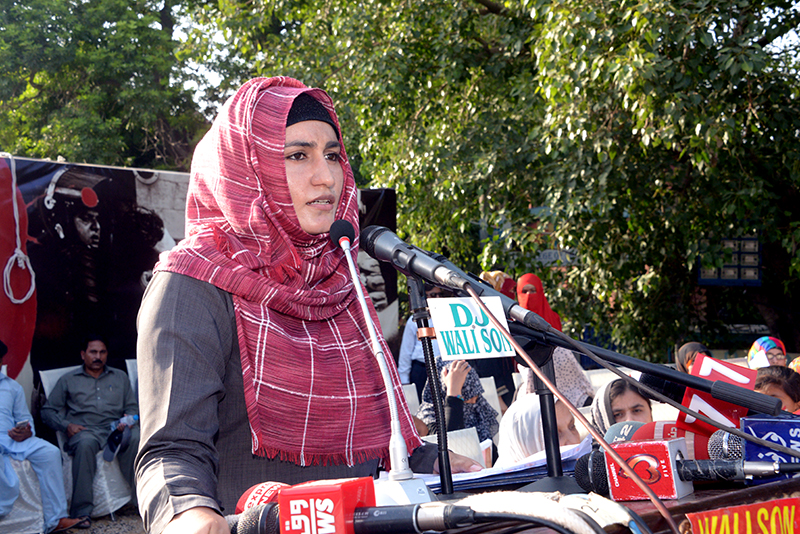 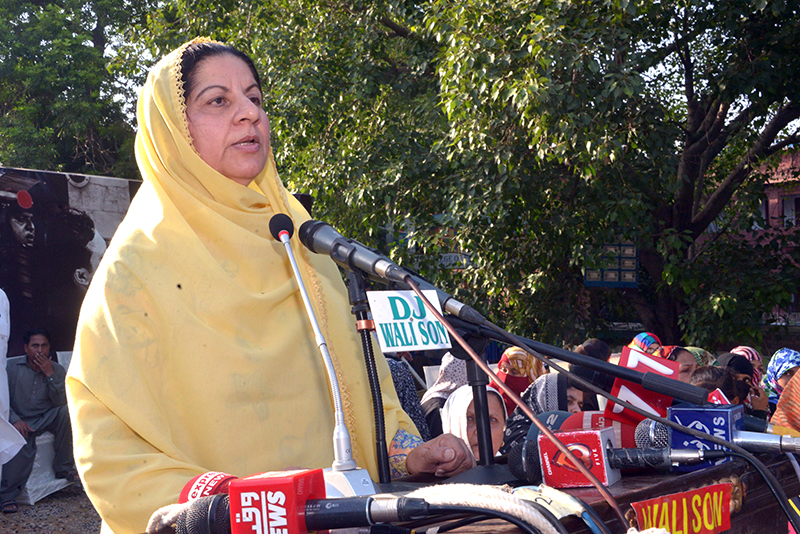 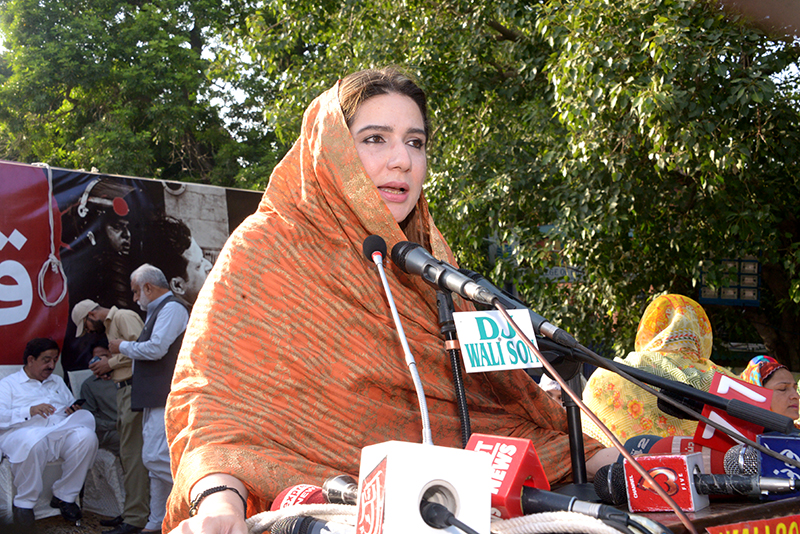 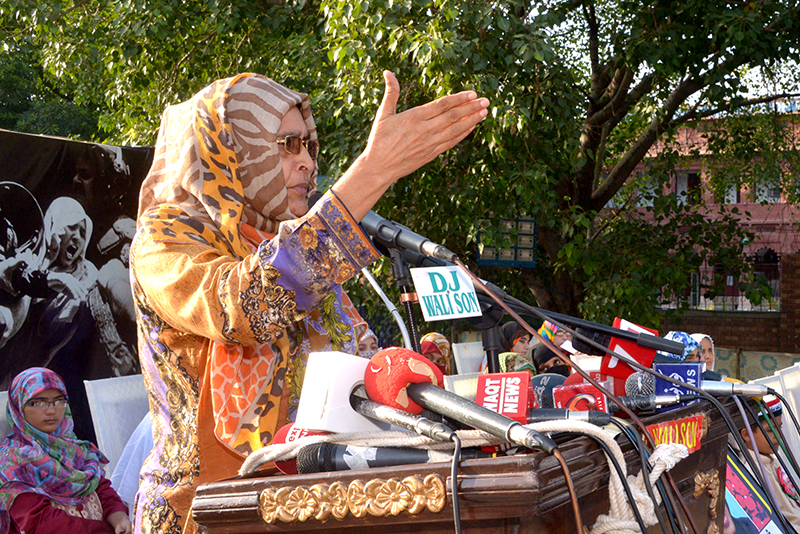 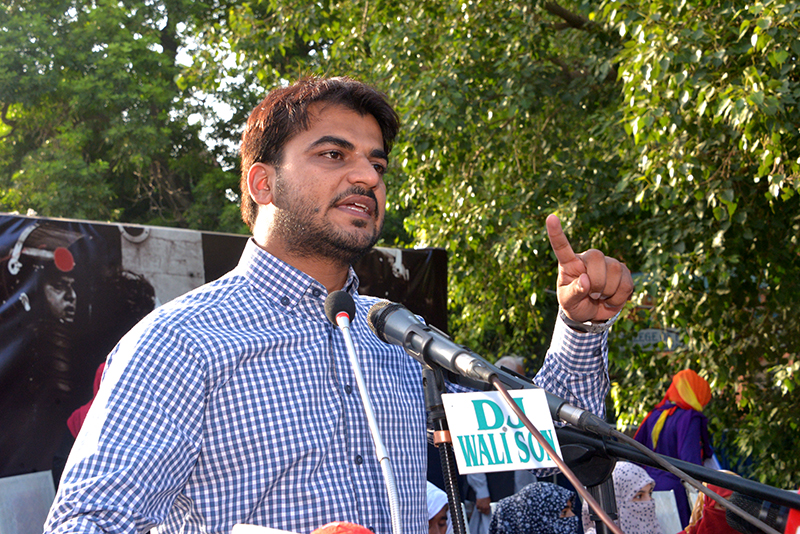 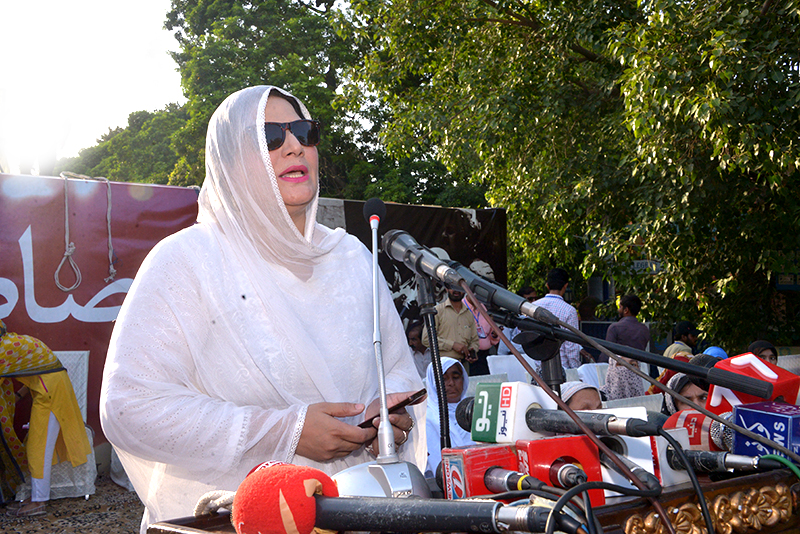