Protest movement to kick off on January 17: Dr Tahir-ul-Qadri

Protest movement to kick off on January 17: Dr Tahir-ul-Qadri

After the meeting of the APC Action Committee held here at the central secretariat, PAT Chairman Dr Muhammad Tahir-ul-Qadri announced the decisions in a heavily attended press conference. He said that starting from the 17th of January, the massive protest movement will get underway from The Mall, Lahore, to seek justice for the martyrs of Model Town and Shaheed Zainab and protest the police brutality on the peaceful people in Kasur. He said that he is hopeful that the leaders of all political parties will attend the demonstration. He said that all options are open and we could go to any extent for justice, stating that the last round of protest will be decisive. He said that in order to determine the course of action after January 17th, the meeting of the Action Committee will take place at the PAT central secretariat on January 16 at 12:00, which will be announced the following day.

Meanwhile, the members of the APC Action Committee reached Model Town at 4 pm and endorsed the decisions for the 17th of January in the meeting. The Action Committee stated categorically that the protest will be entirely peaceful, warning that the consequences of using police for hooliganism will be grave.

The meeting expressed its extreme anger on the Zainab murder case. It strongly condemned the criminal negligence of the district police and administration. The participants held the Punjab Chief Minister and the Law Minister directly responsible for the tragedy. Fateha was offered for the people who were martyred as a result of police firing in Kasur. 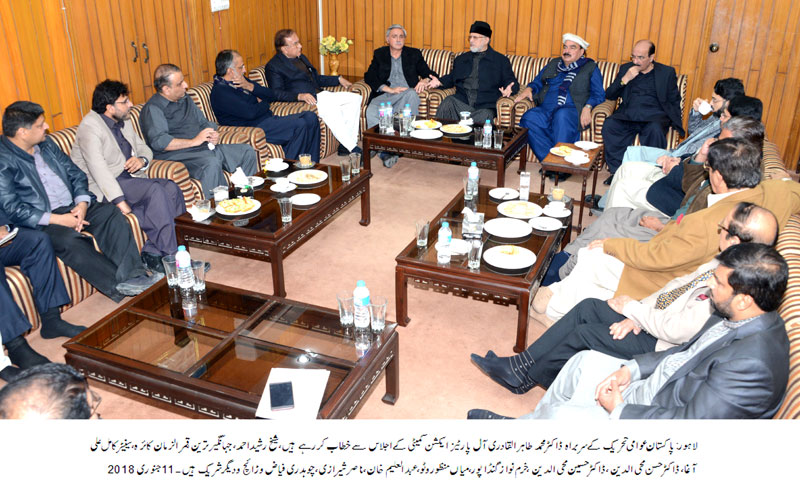