Recording his statement in the private complaint case of Model Town tragedy, Director Administration of the central Secretariat, Jawad Hamid has said that an emergency meeting, which was presided by Rana Sanaullah and attended by Principal Secretary to the Chief Minister Dr Toquir Shah, Home Secretary Major (r ) Azam Suleman, Commissioner Lahore Rashid Langriyal, DCO Capt. (r ) Usman and AC Tariq Chandio, TMO Model Town Ali Abbas, and DIG Rana Abdul Jabbar, was held on June 16, 2014. The meeting decided with consensus that an attack should be launched on the residence of Dr Tahir-ul-Qadri under the garb of removing the barriers and whosoever impedes the action should be eliminated. He said that admission of this fact was made by the all concerned in the individual statements they recorded before Justice Najfi.

Jawad Hamid said that Nawaz Sharif and Shahbaz Sharif brought their trusted police officer, Mushtaq Sukhera who was IG Police Balochistan, to Lahore overnight and handed him the responsibility to oversee the massacre. He said that Sukhera assumed the charge of the post on the morning of June 17. He not only oversaw the operation in Model Town but also appreciated the ‘services’ of his police force from time to time during the day. He said that DIG Abdul Jabbar and Constable Ahsan of IG office continued to share the directions during the day of the operation. He said that Hafiz Waqar, Muhammad Tayyab Zia, and Mumtaz Ahmad, the injured during the police brutality, listened to the orders passed on through wireless to eliminate all those who came in the way of police operation.

Jawad Hamid said that those police officers who came to remove barriers on the night of June 16, 2014 were informed by Khurram Nawaz Gandapur, Hafiz Waqar and Tayyab Zia that the barriers were placed on the orders of the Lahore High Court and that they had explicit orders to that effect. He said that DIG Abdul Jabbar was not ready to listen to any voice of reason. He was bent on shedding blood and continued to indulge in provocative chat. He categorically told Khurram Nawaz Gandapur that there are explicit orders given by Nawaz Sharif, Shahbaz Sharif and Rana Sanaullah regarding the removal of the barriers and that we do not have to listen to anything else. This chat was followed by the outbreak of firing and baton-charging, which continued till morning of June 17.

The Director Administration further said that when the news of police action was broadcast on the TV channels, the workers started gathering around the residence of Dr Tahir-ul-Qadri and the central secretariat. SP Tariq Aziz was present on the left side of Dr Tahir-ul-Qadri’s residence along with a heavy contingent of police whereas SP Abdur Raheem Sherazi was also present in front of the residence of Dr Qadri at the head of a heavy police party. Rubina Kausar, Amina Latif, Huzaifa, Shahnaz, Misha Latif, Ayesha Kiani, Amina Batool and other women were standing right at the gate of Dr Qadri’s home. They were subjected to severe torture by SP Abdur Raheem, SI Malik Hussain, and Inspector Atif Miraj. The women did not budge from there despite this violence. At this, Inspector Malik Hussain fired at Amina Batool with his official pistol which hit her thumb of the feet. Other women were also hurt. Ms. Tanzila Amjad and Shazia Murtaza were martyred through live firing on the occasion. 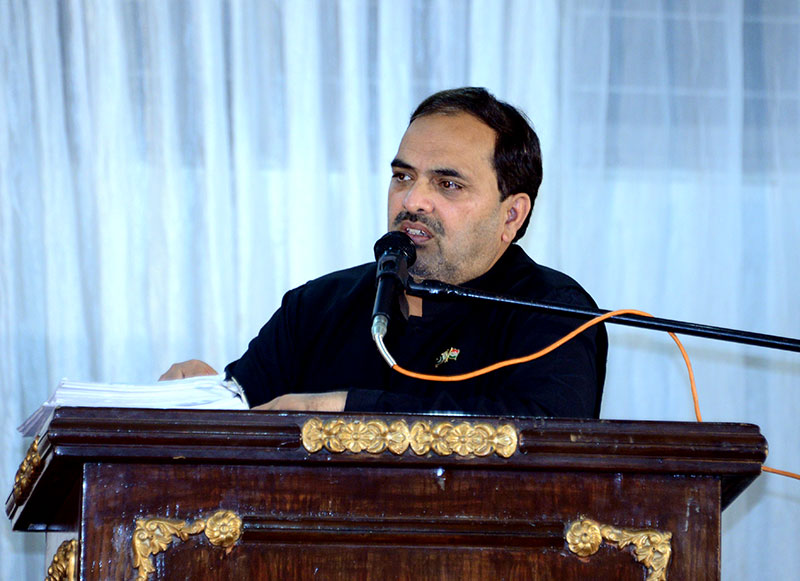 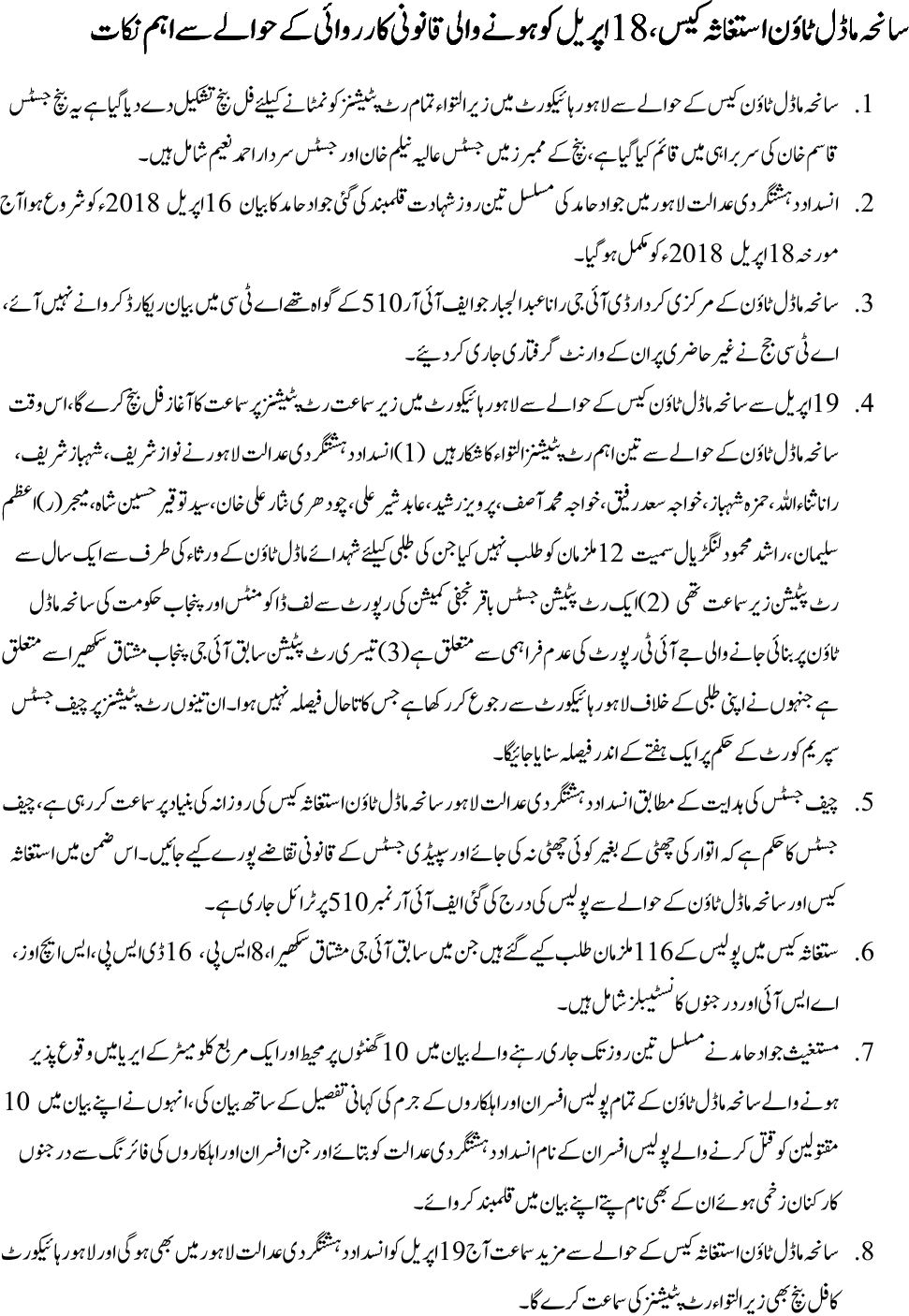