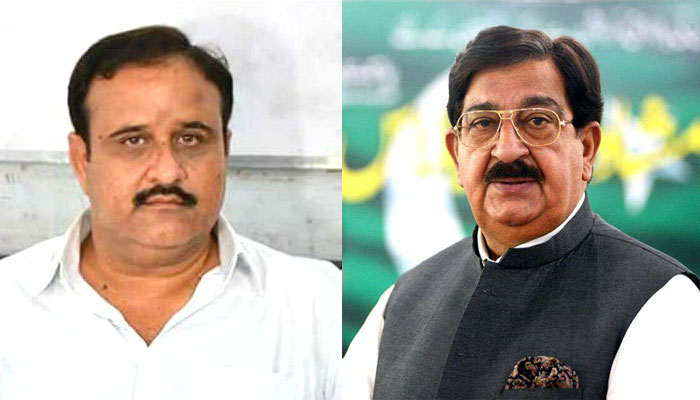 PAT Secretary General Khurram Nawaz Gandapur has written a letter to Chief Minister Punjab Usman Buzdar in which he drew his attention to the appointment of former DCO Lahore Capt. (r) Usman as DG of Punjab Food Authority. He reminded the Chief Minister that Captain Usman is one of the main accused in the Model Town case. He wrote that the former DCO was present personally when the police party laid siege to the central secretariat and residence of Dr Tahir-ul-Qadri on June 17, 2014 and it was during his presence that the innocent citizens were martyred. He stated that Justice Baqir Najafi Commission report also noted the fact that he was appointed DCO Lahore with an ulterior motive.

Khurram Nawaz Gandapur said that soon after taking oath, the Chief Minister Punjab announced to hold transparent investigation into the Model Town tragedy and provide justice to the families of the martyrs which was quite satisfactory for us. He said that the demands of justice can be met only when all those nominated in the case are made to step aside from their official positions till the conclusion of the case so that they cannot influence the process of administration of justice by abusing their positions.

The PAT Secretary General wrote that we are dismayed to read that someone, who was DCO Lahore on June 17, 2014, has been appointed as DG Punjab Food Authority. He was the right hand man of the former Chief Minister Punjab and the accused who have been ordered to appear before it by the antiterrorism court also includes Captain Usman. He said that by assigning important government position to a principal accused, the fairness and neutrality of the trial will be affected. He said that we are of the considered view that all those including Captain Usman who have been summoned by the court should not be giving any position till the decision of the case and they be made to step down from their positions. 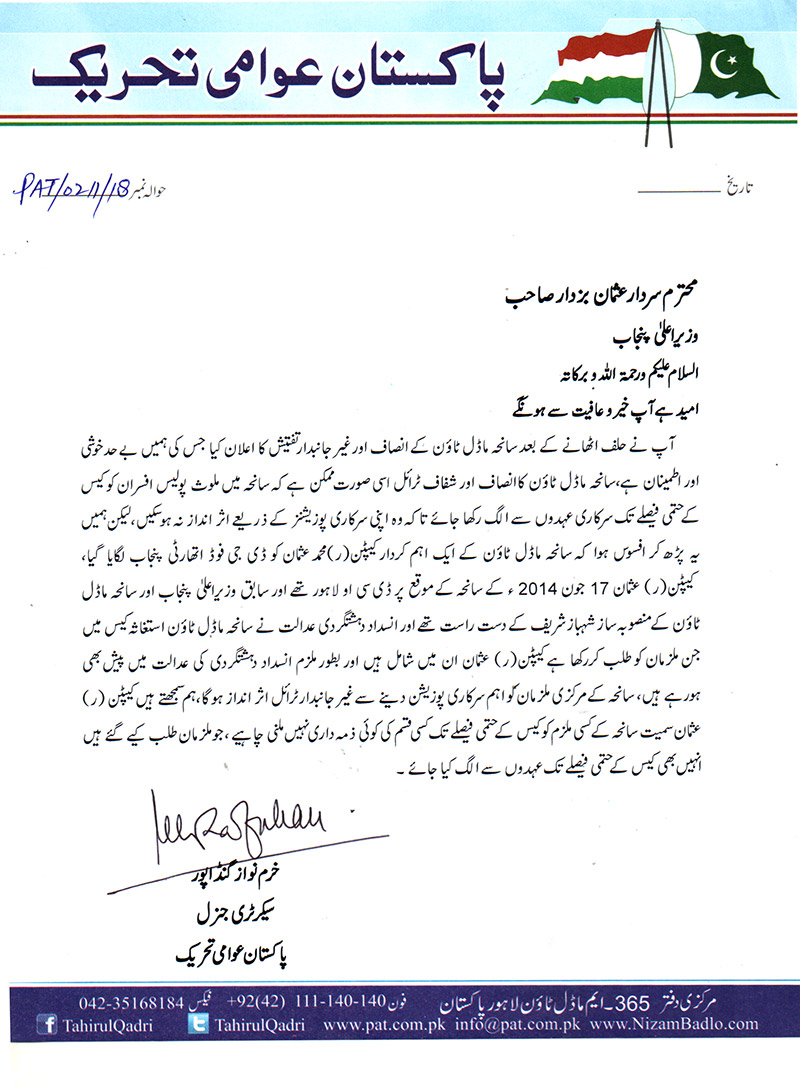