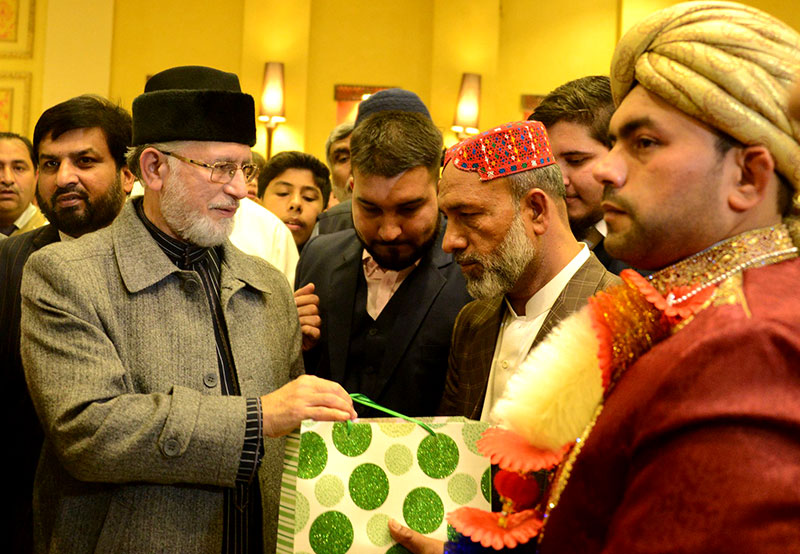 Dr Tahir-ul-Qadri attended the Valima ceremony of Mian Ahmad Siddique, the elder brother of Mian Umar Siddique who was martyred in Model Town tragedy on June 17, 2014. Talking to the media on the occasion, he said that the world will see a dreadful end of the perpetrators of the carnage He said that humiliation being heaped upon the mastermind of the tragedy is merely a beginning. He said that not only will they be held to account in this world but also in the hereafter for the crime of killing the innocent people. He said that the family members of the martyrs established a new example of steadfastness. He said that any Pharaoh neither could intimidate nor buy their conscience. Mian Siddique, the father of the martyr, Khurram Nawaz Gandapur, GM Malik, Noorullah Siddique, Mian Zahid Islam, Raja Zahid, Haji Muhammad Ishaq, Shahzad Rasool, Asghar Sajid, Rashid Bashir, Arif Chaudhry and other leaders were also present on the occasion.

Dr Qadri said that we have been fighting a legal struggle for justice and will continue to do so till we accomplish our objective. On the occasion of Valima, he embraced Mian Ahmad Sیddique, the elder brother of Shaheed Mian Umar Siddique. Mian Muhammad Siddique and those present on the occasion had tears in their eyes. 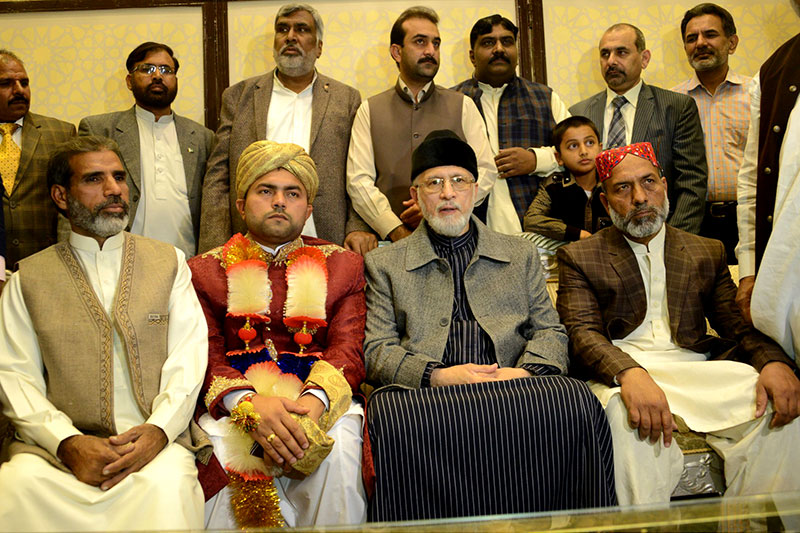