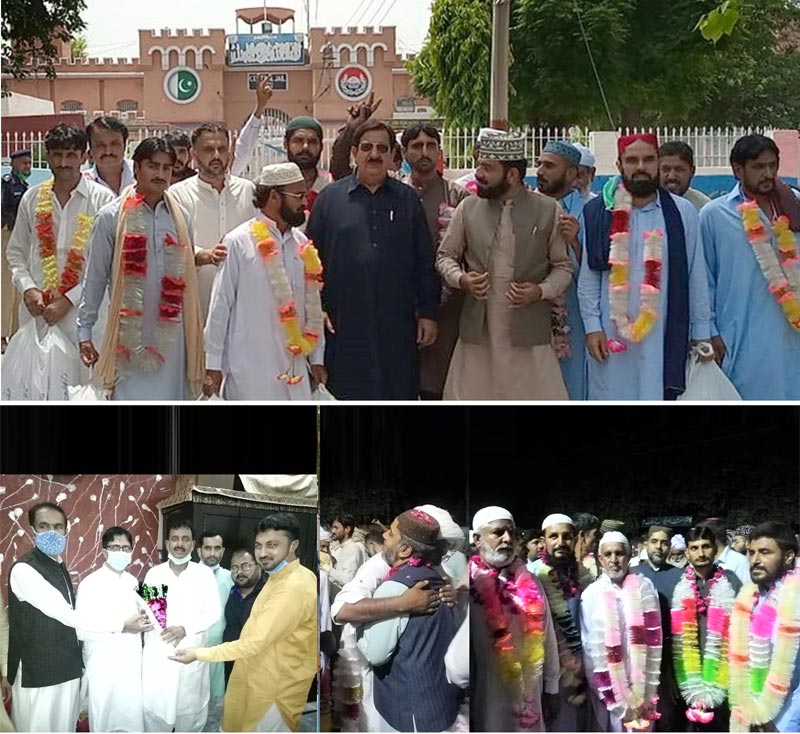 Our workers who remained steadfast despite all hardships are infact an epitome of bravery and have shown an unshakable commitment to the cause they stood for. I extend my heartiest prayers to all of them and their families upon their release today.#ModelTownCase

Congratulations to our brave and courageous workers who remained strong in the face of brutality and oppression. We have a belief that truth will prevail and the oppression will ultimately end.#ModelTownCase

Our workers endured hardships and brutalities while they were imprisoned in the jails of Sheikhupura, Shahpur and Mianwali. Upon their release today, I would like to congratulate them all and their families with a belief that truth and justice will prevail ultimately.

Chairman MQI Supreme Council Dr Hassan Mohi-ud-Din Qadri and President Federal Council MQI Dr Hussain Mohi-ud-Din Qadri have also congratulated the workers and their families on the release. They lauded the resolve and courage of all the workers. They said that they are the role model for all religious and political forces and the pride of the entire organization.

It is pertinent to mention here that the baseless cases were registered against hundreds of workers on the orders of the Sharif brothers for protesting the massacre in Model Town. An anti-terrorism court Sargodha sentenced 113 workers to 5 years and 7 years in imprisonment in March 2019. These sentences were suspended by Lahore High Court in July 2020 after it accepted their bails and consequently ordered for their release.

Today 47 workers from Bhakkar jail, 17 from Shahpur jail, 8 from Sheikhupura jail, 14 from Mianwali jail, and 7 from Naushehra jail were released. PAT Secretary General Khurram Nawaz Gandapur welcomed the workers on their release in front of Mianwali jail. Speaking on the occasion he said that the baseless and misleading cases were registered against the PAT workers by the government of the Sharif brothers and they were sentenced to jail terms during the tenure of the present government. He said the workers suffered every kind of hardship but refused to submit to tyranny. They proved that the PAT workers are those who can neither be bought nor browbeaten into submission.

Welcoming the BRAVE workers of PAT & Minhaj ul Qur'aan upon their release from Mianwali Jail. Their relatives and friends were present in Large numbers to welcome them: @GandapurPAT #ModelTownCase pic.twitter.com/KFCIpTpeAi

Naeem-ud-Din Chaudhry Advocate, a spokesperson for the legal matters of PAT, said that one prisoner Muhammad Sultan who was shifted to Karachi from Multan for the purpose of medical treatment, his release orders have been sent to Karachi jail and it is hoped that he would be released on Monday.